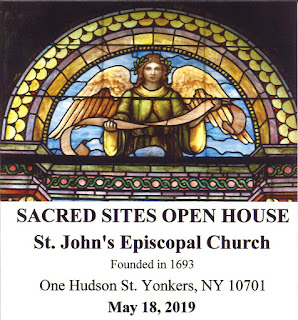 
Jason Slayden has become internationally recognized for his interpretation of leading tenor roles in the Bel Canto, Verismo, and French Grand Opera repertoires across the United States and Canada, as well as in Europe and Japan. Role highlights include Rodolfo in Puccini’s La Boheme, Cavaradossi in Puccini’s Tosca, Ruggero in Puccini’s La Rondine, Lt BF Pinkerton in Puccini’s Madama Butterfly, Werther in Massenet’s Werther, Romeo in Gounod’s Romeo et Juliette, Don Jose in Bizet’s Carmen, as well as many Verdi roles, including Gabriele Adorno (Simon Boccanegra), Alfredo (La Traviata), Fenton (Falstaff) and il Duca di Mantua (Rigoletto). In 2016, he made his debut with the Lyric Opera of Chicago under the baton of Mo. Emmanuel Villaume in Bartlett Sher’s production of Romeo et Juliette as Tybalt and the Romeo understudy. He has also sung with Vancouver Opera, Seattle Opera, Santa Fe Opera, Opera de Montreal, Pacific Opera Victoria, the Seito Kinen Festival, Ash Lawn, Berkshire Opera Festival, Virginia Opera, and the Des Moines Metro Opera among others. He has been awarded a Sullivan Career Grant, the Gerda Lissner Foundation First Prize, a George London encouragement award, and was a Metropolitan Opera Nation Council Finalist.

Along with a career in opera, Jason is a multimedia artist working in the disciplines of sound design, photography, video and animation. With his wife, he creates immersive performance projects with art song, field recordings, and electronic music in their multimedia duo BELHAVEN. They return to Avaloch Farm Music Institute in the summer of 2019 to develop a new work based on Alban Berg’s “Sieben Frühe Lieder.” Jason also serves as the parish organist at St John’s Episcopal Church in Yonkers, NY.

Upcoming highlights include further collaborations with Nitzan Haroz, American Lyric Theater, and Savannah Voice Festival. She joins Opera Maine this summer for the production of Sumeida's Song by Mohammed Fairouz.

An advocate for music in higher education, she has held faculty positions at The Conservatory of Music of Brooklyn College (CUNY), New York University, Montclair State University, and Concordia University (adjunct violin), and has given master classes at Ithaca College, The University of Texas, University of Missouri-Columbia, and University of Memphis.
Posted by St. John's Church, Getty Square at 12:31 PM